“Though most of my visiting ministry has been to nursing homes, I have also had the privilege to visit some people who just don’t get out a lot. One of my dearest friends was William and his wife Quina who I affectionately called “Mom and Dad”. Over a period of two years William who slowly lost the use of his arms, then his legs and became confined to his recliner One of the things William loved the most was to whistle to his little parakeet friends. Near the end of William’s life his family filmed a brief video of two of his buddies singing on his chest singing while William whistled. For all the sadness around him, no matter what the situation, William made time for fun!”    Peter Caligiuri  from “Would You Do It For One” 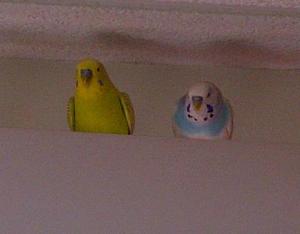