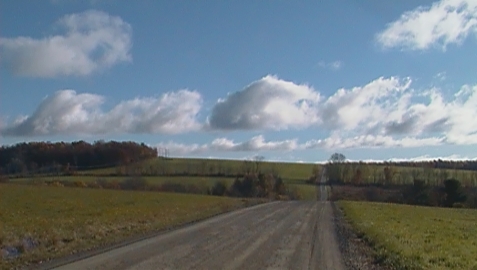 Because narrow is the gate and difficult is the way which leads to life, and there are few who find it. Matthew 7:14

Following Jesus is not about the road he has called us to walk  or the company of others who may be going with us but rather the growing realization of who He truly is and the joy of passing through the gate with Him at the end of the road.

” The lyrics are based on the last words of a man in Assam, north-east India, who along with his family was converted to Christianity in the middle of the 19th century through the efforts of a Welsh missionary. Called to renounce his faith by the village chief, the convert declared, “I have decided to follow Jesus.” In response to threats to his family, he continued, “Though no one joins me, still I will follow.” His wife was killed, and he was executed while singing, “The cross before me, the world behind me.” This display of faith is reported to have led to the conversion of the chief and others in the village”   …Wikipedia